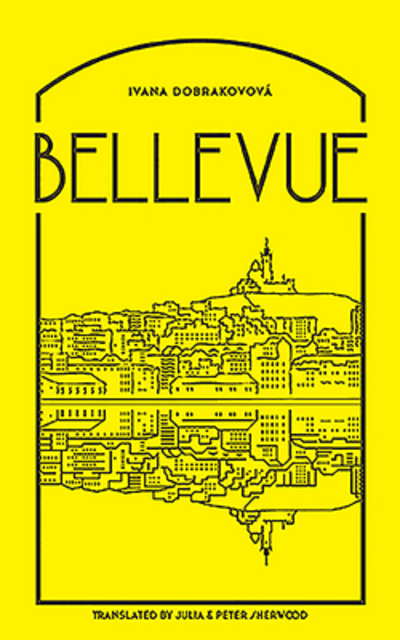 Blanka takes a summer job at a centre for people with physical disabilities in the French city of Marseille, where her encounter with their severe conditions ends badly. A deeply unsettling, visceral tale of a young woman unravelling, evolving from carer to cared for. A novel about our own inability to escape 'our own private cages', imprisoned by fear, anxiety and mistrust, no less than indifference to others. The author: IVANA DOBRAKOVOVA (1982) graduated from Bratislava's Comenius University with a degree in English and French (translation and interpretation). She is based in Turin where she works as a freelance translator from French and Italian into Slovak, currently working on Elena Ferrante's Neapolitan novels. She debuted in 2009 with her short story collection Prva smrt v rodine (The First Death in the Family), followed by the novel Bellevue (2010). Her most recent collection of short stories Toxo appeared in 2013. She has won several literary competitions, including Poviedka 2008, and all three of her books have been shortlisted for the Anasoft Litera prize. In 2019, she was awarded the EU Prize for Literature.