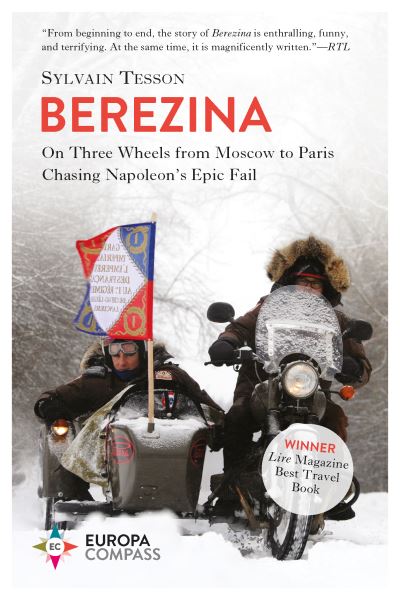 October 1812, Napoleon enters Moscow. The Russians have set fire to the city, soon it will be reduced to a pile of ash. The Emperor equivocates, decides to turn back. This is the beginning of the retreat from Russia, a page of history that has become legendary for its degree of suffering and horror, but also for the heroic acts that took place.
Two hundred years later, Sylvain Tesson, accompanied by four friends (two Russians and two French), decides to follow the route of the retreat. Perched on two Soviet Ural sidecar motorcycles, they will rejoin Paris from Moscow, guided only by the spectres of the two hundred thousand soldiers who died through cold, starvation, and in battle.
Twenty five hundred miles travelled in a wild escapade to salute the ghosts of history, across the white plains of Russia.