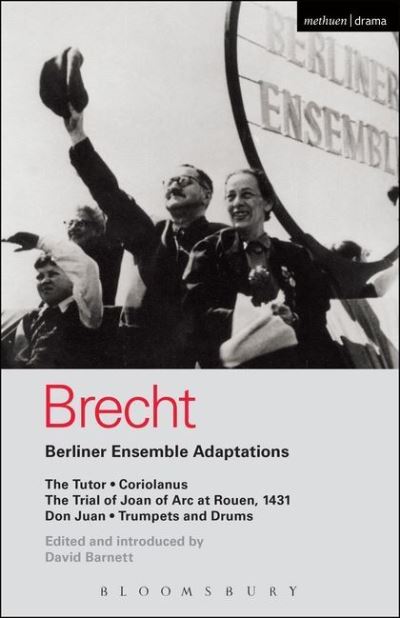 This volume contains Brecht's post-1950 adaptations of world dramatic classics for the Berliner Ensemble. Brecht's remodeled versions show all of the great dramatist's characteristic preoccupations: hatred of personal greatness, admiration of the people and hatred of war unless waged on behalf of the people who, to him, were the embodiment of wisdom and good sense. The Tutor is a 1950s adaptation of an 18th century play by J.M.R. Lenz and is a savage portrait of the subservience of German intellectuals and schoolmasters to the whims of the rich and powerful. Coriolanus is an unfinished adaptation of Shakespeare's play, using the Roman story to reflect Marxist theories of class struggle. Don Juan, a collaborative adaptation of Moliere's play, redefines the charming social parasite as both a ridiculous egoist and an example of a dangerously attractive, theatrically mythic personality type. The Trial of Joan of Arc at Rouen adapts a radio play by Anna Seghers which was based on the original records of the trial of Joan of Arc. Trumpets and Drums is an adaptation of Farquhar's 18th century Restoration comedy The Recruiting Officer, which transfers the action to the American Civil War and introduces comments on imperialism and colonial conquest.