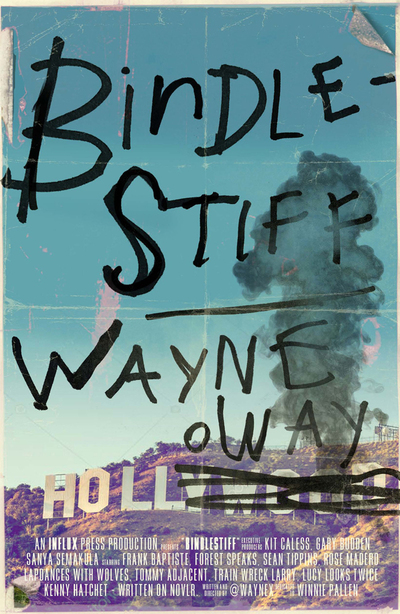 The year 2036; in a broken down and dysfunctional post-Federal America, Ex-Marine Frank Dubois journeys from LA to Detroit on a mission to find redemption from his past actions in the 20 year Syrian war. In present day Hollywood, a British film director hustles to get his movie made in a cut throat and sycophantic business. Somehow, these two worlds collide. Bindlestiff begins with a simple image of a man mending the hole in his shoe with some glue and a cut off piece of rubber. And from there explodes into a broiling satire on race, identity, family, friendship, war, peace, sex, drugs but precious little rock and roll. Part screenplay, part novel, Bindlestiff is about the power of storytelling and how we use narratives to make sense of the world. "If it's broke, fix it."