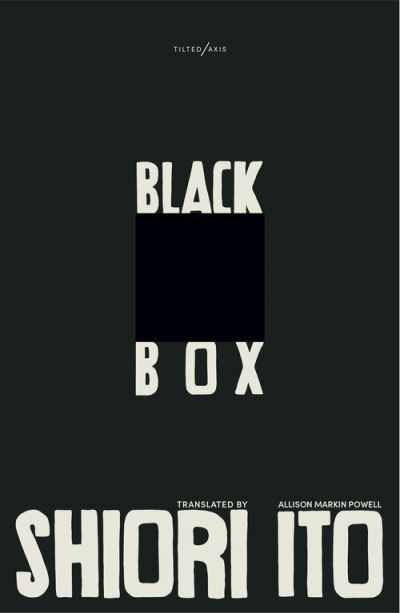 Black Box details the harrowing experience of sexual assault Shiori Ito faced as a young journalist in Japan, as well as the national reckoning that followed.

In 2017, Ito went public with the accusation that Noriyuki Yamaguchi, a prominent TV journalist in Japan, had raped her two years previously. But when Ito had gone to the police after the assault, she was told that her case was a “black box”: it had happened behind closed doors and was therefore unprosecutable.

Ito became aware of the alarming amount of black boxes built into legal and investigative systems in Japan, and the inaccessible economy around legal advice for victims of sexual assault and gender-based violence. From the attitude of investigators to the difficulties retrieving time-limited security camera footage, Ito’s experience navigates the labyrinthine expectations placed upon victims.

Upon publication in 2017, Ito’s account was integral to the #MeToo movement in Japan and became a necessary catalyst for cultural and legal change. As international outlets covered every step of her story – documented in the BBC film Japan’s Secret Shame – her book launched a societal reckoning. At the end of 2019, Ito won a civil case against Yamaguchi.

Ito's personal story is the kernel of a searing journalistic exposé, exposing how Japan’s relatively low official rates of sexual assault mask a culture of victim-shaming and institutional failure on the part of the police, law and media to bring perpetrators to justice.