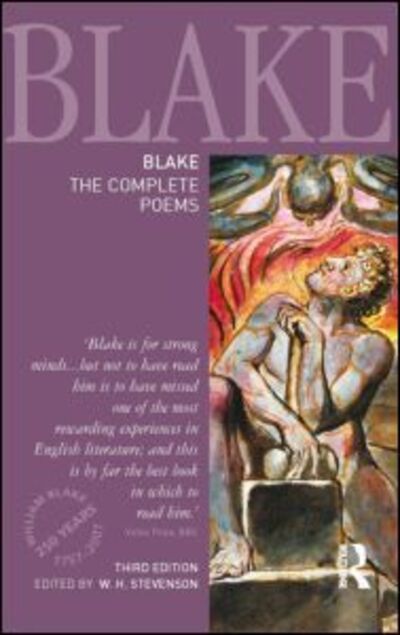 William Blake (1757 - 1827) is one of the great figures in literature, by turns poet, artist and visonary. Profoundly libertarian in outlook, Blake's engagement with the issues of his day is well known and this - along with his own idiosynratic concerns - flows through his poetry and art. Like Milton before him, the prodigality of his allusions and references is little short of astonishing. Consquently, his longer viosnary poems can challege the modern reader, who will find in this avowedly open edition all they might need to interpret the poetry. W. H. Stevenson's Blake is a masterpiece of scrupulous scholarship. It is, as the editor makes clear in his introduction, 'designed to be widely, and fluently, read' and this Third Edition incorporates many changes to further that aim. Many of the headnotes have been rewritten and the footnotes updated. The full texts of the early prose tracts, All Religions are One and There is no Natural Religion, are included for the first time. In many instances, Blake's capitalisation has been restored, better to convey the expressive individuality of his writing. In addition, a full colour plate section contains a representation of Blake's most significant paintings and designs. As the 250th anniversary of his birth approaches, Blake has perhaps more readers than ever before; Blake: The Complete Poems will stand those readers, new and old, in good stead for many years to come.