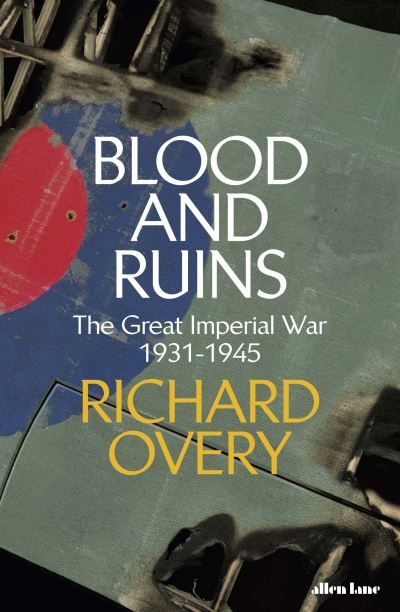 Richard Overy sets out in Blood and Ruins to recast the way in which we view the Second World War and its origins and aftermath. He argues that this was the 'great imperial war', a violent end to almost a century of global imperial expansion which reached its peak in the ambitions of Italy, Germany and Japan in the 1930s and early 1940s, before descending into the largest and costliest war in human history and the end, after 1945, of all territorial empires.

How war on a huge scale was fought, supplied, paid for, supported by mass mobilization and morally justified forms the heart of this new account. Above all, Overy explains the bitter cost for those involved in fighting, and the exceptional level of crime and atrocity that marked these imperial projects, the war and its aftermath. This war was as deadly for civilians as it was for the military, a war to the death over the future of the global order.

Blood and Ruins is a masterpiece from of one of the most renowned historians of the Second World War, which will compel us to view the war in novel and unfamiliar ways. Thought-provoking, original and challenging, Blood and Ruins sets out to understand the war anew.