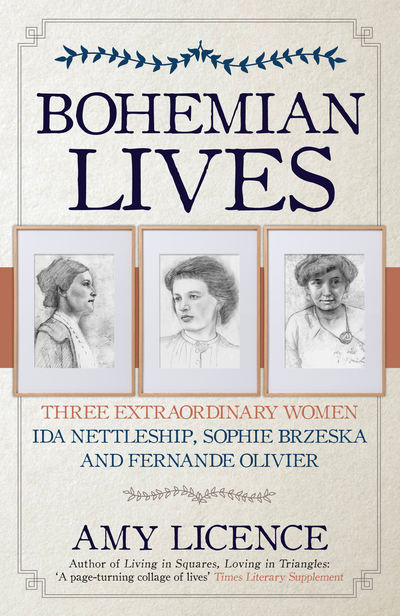 Ida Nettleship was a flamboyant Bohemian who gave up a promising artistic career to marry Augustus John. She had five pregnancies in just six years, lived with Augustus and his mistress in a menage a trois, and died exhausted in childbirth aged thirty. Ida's story of unconventional love is equalled by two other Bohemian women of the same era: Picasso's first love Fernande Olivier, who was prominent in the Paris art scene, and the writer Sophie Brzeska, who lived with the artist Henri Gaudier-Brzeska, nineteen years her junior - he would die in the First World War and Sophie's slow descent into mental instability would begin. Bohemian Lives follows the achievements and sacrifices of the three women and how their lives overlapped and contrasted, in education, childbirth, illness, marriage - and psychological disintegration. All three women had a huge influence on their more famous partner and challenged the accepted model of male-female relations of the time. At once touching and harrowing, their struggles for recognition in their own right hold a mirror up to the prejudices of an age - and what being 'bohemian' really meant.