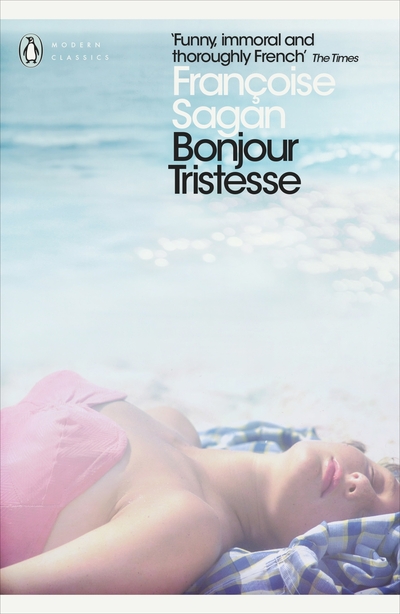 Bonjour Tristesse and A Certain Smile

Sylish, shimmering and amoral, Sagan's tale of adolescence and betrayal on the French Riviera was her masterpiece, published when she was just eighteen. However, this frank and explicit novella was considered too daring for 1950s Britain, and sexual scenes were removed for the English publication. Now this fresh and accurate new translation presents the uncensored text in full for the first time.

Bonjour Tristesse tells the story of Cecile, who leads a carefree life with her widowed father and his young mistresses until, one hot summer on the Riviera, he decides to remarry - with devastating consequences. In A Certain Smile, which is also included in this volume, Dominique, a young woman bored with her lover, begins an encounter with an older man that unfolds in unexpected and troubling ways.

Both novellas have been freshly translated by Heather Lloyd and include an introduction by Rachel Cusk. Heather Lloyd has also written a new afterword for this edition.

Francoise Sagan was born in France in 1935. Bonjour tristesse (1954), published when she was just 19, became a succes de scandale and even earned its author a papal denunciation. Sagan went on to write many other novels, plays and screenplays, and died in 2004.

Heather Lloyd was previously Senior Lecturer in French at the University of Glasgow, and has published work on both Bonjour tristesse and Francoise Sagan.

Rachel Cusk is the author of Saving Agnes (1993), which won the Whitbread First Novel Award; A Life's Work: On Becoming a Mother (2001); and Arlington Park (2006), shortlisted for the 2007 Orange Prize for Fiction. Her most recent book is Aftermath: On Marriage and Separation (2012).