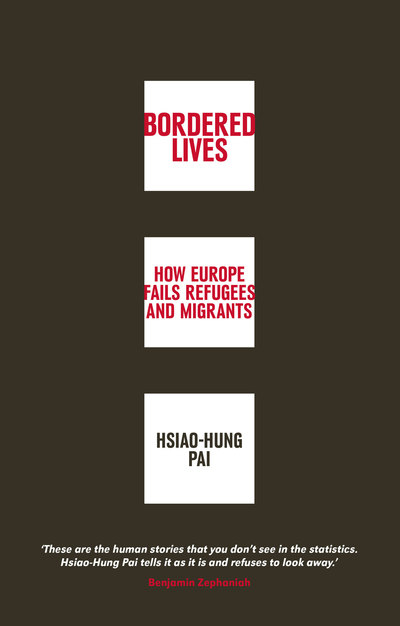 The headlines about Europe's migration crisis have now subsided, though they continue to influence the political agenda all over the continent. Though there are moments when the human reality cuts through, as with the shocking picture of baby Alan Kurdi's body on the beach, for the most part the individual stories are lost amid the hysteria over cutting migrant numbers and shutting the doors of Fortress Europe. More than 25,000 migrants have died in their attempt to reach or stay in Europe since 2000. More than 5,000 migrants lost their lives crossing the Mediterranean and Aegean seas in 2016 - they were drowned, suffocated or crushed during the crossing. In 2017 over 3000 migrants lost their lives crossing the Mediterranean. Award-winning journalist Hsiao-Hung Pai specializes in communicating poignant human stories that many people find it convenient to keep out of sight and out of mind. She travels to meet migrants and asylum-seekers who have just been washed up on the shores of Lampedusa or Sicily and have been absorbed into dismal reception camps. While journalists ordinarily pitch up in such places and file their colour pieces before moving on to the next hot topic, Hsiao-Hung follows through, staying in touch with some of those she encounters - many of them children - throughout their journeys: into mainland Italy, to Germany where they face harassment from far-right groups, and to the appalling conditions in the camps on the coast of northwest France. These personal stories of individuals break apart the false distinction between "refugees" and "migrants", between "those seeking refuge" and "those wanting a better life", a distinction that has resulted in denying many people of their human rights.