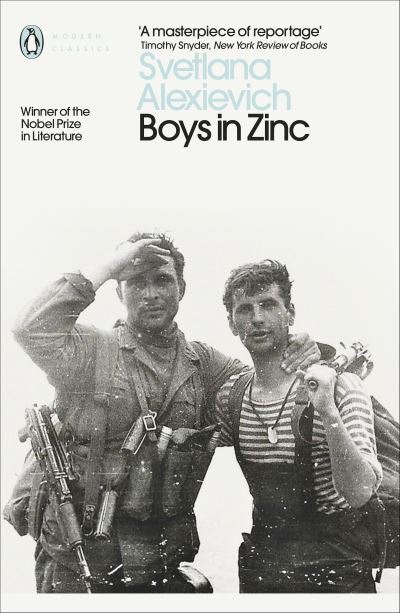 - A new translation of Zinky Boys based on the revised text -

From 1979 to 1989 Soviet troops engaged in a devastating war in Afghanistan that claimed thousands of casualties on both sides. While the Soviet Union talked about a 'peace-keeping' mission, the dead were shipped back in sealed zinc coffins. Boys in Zinc presents the honest testimonies of soldiers, doctors and nurses, mothers, wives and siblings who describe the lasting effects of war.

Weaving together their stories, Svetlana Alexievich shows us the truth of the Soviet-Afghan conflict: the killing and the beauty of small everyday moments, the shame of returned veterans, the worries of all those left behind. When it was first published in the USSR in 1991, Boys in Zinc sparked huge controversy for its unflinching, harrowing insight into the realities of war.