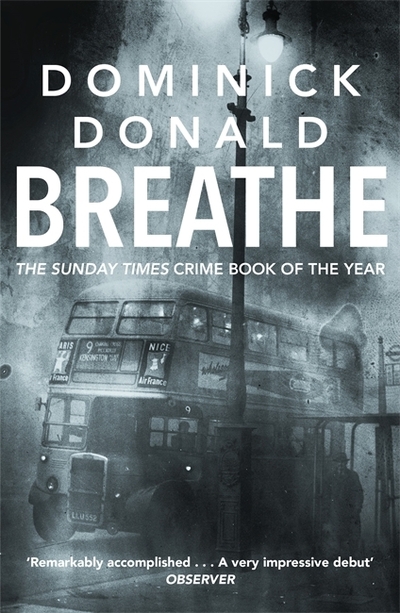 'Donald combines historical events and fictional characters to superb effect, in a novel that deserves to win prizes' The Sunday Times

London, 1952. Dick Bourton is not like the other probationer policemen in Notting Hill. He fought in Europe and then Korea, and has now brought his exotically beautiful Russian fiancee back to drab streets and empty bombsites.

The new copper also has a mind of his own. After an older colleague is shot by a small-time gangster in a pea-souper fog, Bourton begins to make connections his superiors don't want to see, linking a series of deaths with the fogs that stop the city in its tracks.

Desperate to prove himself, Bourton fails to notice the fear which his mysterious bride is doing her best to conceal - and overcome. Soon both are taking dangerous paths into the worst fog London has ever known...

'London had gone. As he stepped through the wicket, a dry smoky chill puffing over the lintel, everything that made the city - skyline, street signs, crowds, scarlet double-deckers - had disappeared, lost in the murk. I can't see the kerb, for God's sake, let alone Barker's across the road. He looked both ways, the chill crawling down his neck . . . Coshing gangs will love this. And our man. But we're on your trail, sunshine. He raised his hat to Marling, locking up behind. Tomorrow we nab you.'