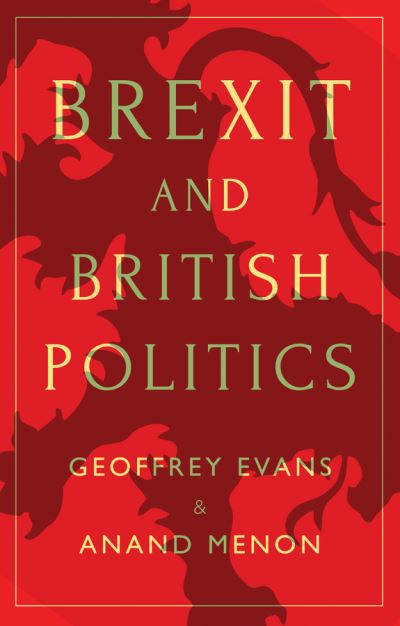 Brexit has changed everything in the UK from its government, to its principal trading relationship, to the structure and organization of the British state. This watershed moment, which surprised most observers and mobilized previously apathetic sections of the electorate, is set to transform British politics in profound and lasting ways. In this incisive book, leading analysts of UK and EU politics Geoffrey Evans and Anand Menon step back from the immediacy of the referendum to explain what happened on June 23rd 2016 and why. Teasing out the long term factors that culminated in the British decision to leave the European Union, they show that it was in many ways the logical outcome of shifts in the political landscape that had been ongoing for decades. It is only by placing the "Leave" result within this broader context, they argue, that we can begin to fully grasp its implications for the future of UK and EU politics.