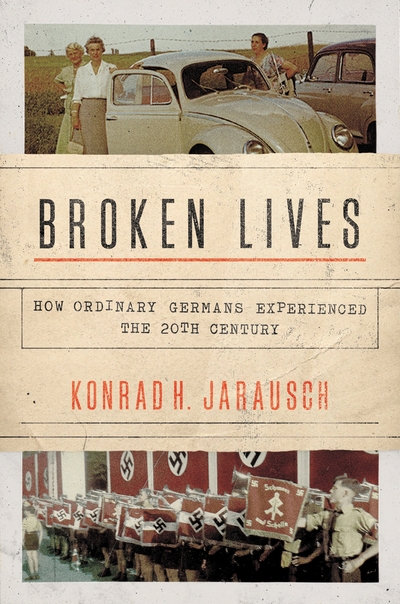 The gripping stories of ordinary Germans who lived through World War II, the Holocaust, and Cold War partition-but also recovery, reunification, and rehabilitation

Broken Lives is a gripping account of ordinary Germans who came of age under Hitler and whose lives were scarred and sometimes destroyed by what they saw and did. Drawing on six dozen memoirs by Germans born in the 1920s, Konrad Jarausch chronicles the unforgettable stories of people who not only lived through the Third Reich, World War II, the Holocaust, and Cold War partition, but also participated in Germany's astonishing postwar recovery, reunification, and rehabilitation. Bringing together the voices of men and women, perpetrators and victims, Broken Lives offers new insights about persistent questions. Why did so many Germans support Hitler through years of wartime sacrifice and Nazi inhumanity? How did they finally distance themselves from the Nazi past and come to embrace human rights? The result is a powerful portrait of the experiences of average Germans who journeyed into, through, and out of the abyss of a dark century.