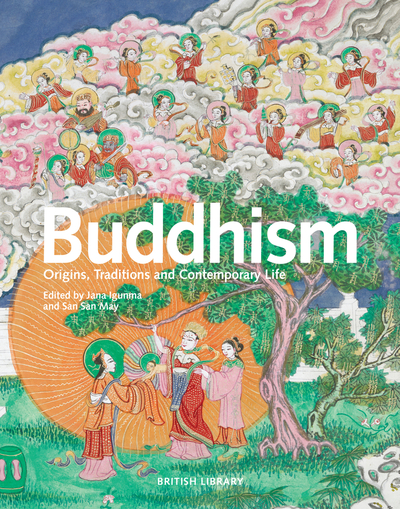 Buddhism is one of the major world religions today, with approximately 500 million followers worldwide and nearly 300,000 in the UK. Following the Buddha's Enlightenment in north India in the 5th century, Buddhism was adopted across Asia and is now widely practised in the West, where many people embrace a Buddhist lifestyle or select practices such as meditation. Accompanying the largest ever display of the British Library's Buddhist treasures, Buddhism introduces the history, philosophy, geographical spread and practices of Buddhism, exploring its relevance in the modern world. Illustrated throughout with astonishingly beautiful scrolls, manuscripts and printed books, Buddhism presents the idea of the `Middle Path' - promoting mindfulness, compassion, tolerance and non-violence - with a renewed relevance for a 21st-century reader.