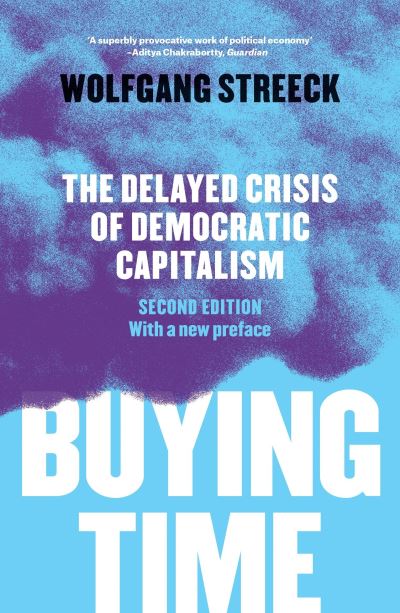 The financial and economic crisis that began in 2008 still has the world on tenterhooks. The gravity of the situation is matched by a general paucity of understanding about what is happening and how it started. In this book, based on his 2012 Adorno Lectures given in Frankfurt, Wolfgang Streeck places the crisis in the context of the long neoliberal transformation of postwar capitalism that began in the 1970s. He analyses the subsequent tensions and conflicts involving states, governments, voters and capitalist interests, as expressed in inflation, public debt, and rising private indebtedness. Streeck traces the transformation of the tax state into a debt state, and from there into the consolidation state of today. At the centre of the analysis is the changing relationship between capitalism and democracy, in Europe and elsewhere, and the advancing immunization of the former against the latter. In this new edition, Streeck has added a substantial postface on the reception of the book and the unfolding of the crisis in the Eurozone since 2014.