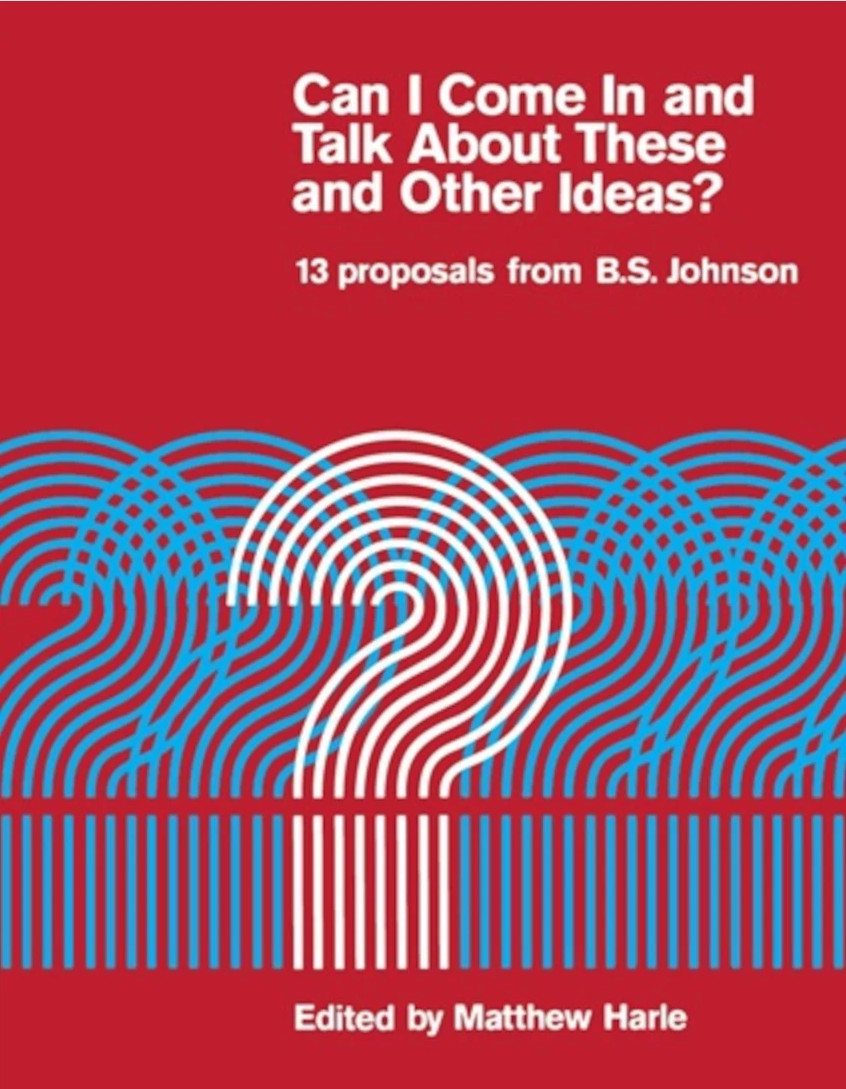 Can I Come In and Talk About These and Other Ideas?

"I can't tell you how depressing Can I Come In is. It's a record of a rehearsal for my own tribulations these past three decades. The way in which commissioning is always in the hands of a particular species of artless mediocrity is unedifying: How The Fuck Did That Get Commissioned would, like Can I Come In, be timeless." – Jonathan Meades

Throughout his career, B.S. Johnson – famously described as ‘Britain’s one-man literary avant-garde of the 1960s’ – wrote to commissioning editors, TV producers, and literary agents with letters brimming full of ideas. Proposals for Frankie Howerd to star as Oscar Wilde; a Beckettian drama about the game of squash; Kamikaze Ninety, a film featuring geriatric terrorists: each document reveals a new side to Johnson’s disobedient imagination.

Can I Come In and Talk About These and Other Ideas? brings together a selection of these previously unpublished proposals in a revelatory volume of creative hypnagogia that is also a visual record of Johnson's abandoned work. An unusual insight into what its editor Matthew Harle calls the "labour of the negative", the book re-presents an obscured and often funny history of productivity and play by one of Britain's great modernist authors.

The book features an Afterword by Johnson's son Steve. Each copy includes a postcard reproducing the author's plan for a 'Royal Society for the Prevention of Cruelty to Johnson'.