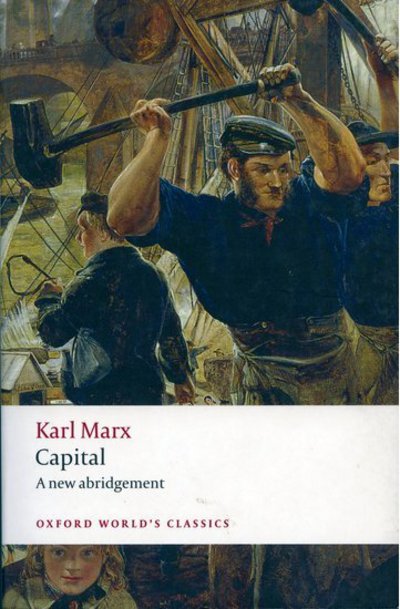 A classic of early modernism, Capital combines vivid historical detail with economic analysis to produce a bitter denunciation of mid-Victorian capitalist society. It has also proved to be the most influential work in social science in the twentieth century; Marx did for social science what Darwin had done for biology. Millions of readers this century have treated Capital as a sacred text, subjecting it to as many different interpretations as the bible itself. No mere work of dry economics, Marx's great work depicts the unfolding of industrial capitalism as a tragic drama - with a message which has lost none of its relevance today. This is the only abridged edition to take account of the whole of Capital. It offers virtually all of Volume 1, which Marx himself published in 1867, excerpts from a new translation of `The Result of the Immediate Process of Production', and a selection of key chapters from Volume 3, which Engels published in 1895. ABOUT THE SERIES: For over 100 years Oxford World's Classics has made available the widest range of literature from around the globe. Each affordable volume reflects Oxford's commitment to scholarship, providing the most accurate text plus a wealth of other valuable features, including expert introductions by leading authorities, helpful notes to clarify the text, up-to-date bibliographies for further study, and much more.