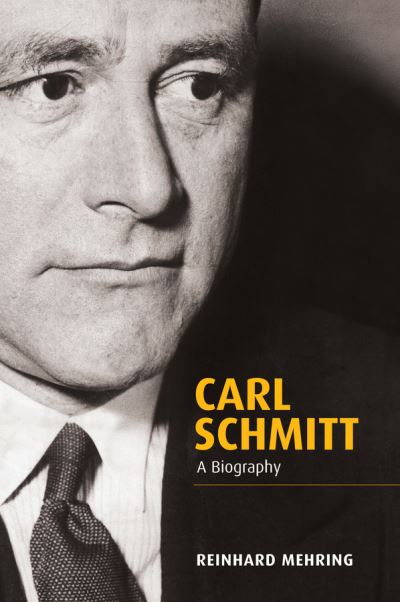 Carl Schmitt is one of the most widely read and influential German thinkers of the twentieth century. His fundamental works on friend and enemy, legality and legitimacy, dictatorship, political theology and the concept of the political are read today with great interest by everyone from conservative Catholic theologians to radical political thinkers on the left. In his private life, however, Schmitt was haunted by the demons of his wild anti-Semitism, his self-destructive and compulsive sexuality and his deep-seated resentment against the complacency of bourgeois life. As a young man from a modest background, full of social envy, he succeeded in making his way to the top of the academic discipline of law in Germany through his exceptional intellectual prowess. And yet he never felt at home in the academic establishment and among those of high social standing. In his works, Schmitt unmasked the liberal Rechtsstaat as a constitutional facade and reflected on the legitimacy of dictatorship. When the Nazis seized power Schmitt was susceptible to their ideology. He broke with his Jewish friends, joined the Nazi Party in May 1933 and lent a helping hand to Hitler, thereby becoming deeply entangled with the regime. Schmitt was irrevocably compromised by his role as the crown jurist of the Third Reich. But by 1936 he had already lost his influential position. After the war, he led a secluded life in his home town in the Sauerland and became a key background figure in the intellectual scene of postwar Germany. Reinhard Mehring s outstanding biography is the most comprehensive work available on the life and work of Carl Schmitt. Based on thorough research and using new sources that were previously unavailable, Mehring portrays Schmitt as a Shakespearean figure at the centre of the German catastrophe.