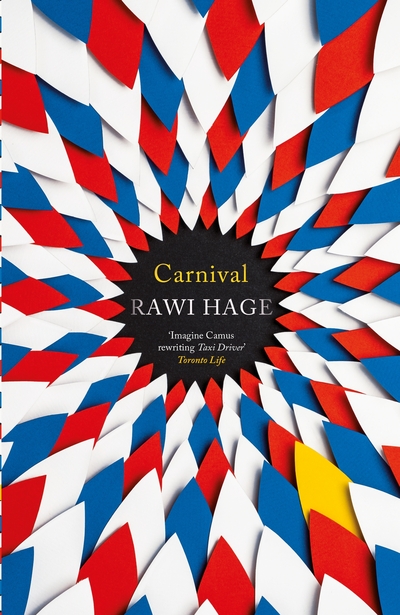 In Carnival, IMPAC award-winning Rawi Hage explores the hidden underbelly of a city.

There are two types of taxi driver in the Carnival city - the spiders and the flies. The spiders sit and stew in their cars, waiting for the calls to come to them. But the flies wander the streets, looking for the raised flags of hands.

Fly is a wanderer. From the seat of his taxi we see the world in all of its carnivalesque beauty and ugliness. We meet criminals, prostitutes, madmen, revolutionaries, ordinary people going to extraordinary places. With all of the beauty, truth, rage, and peripatetic storytelling that have made his first two novels international sensations, Carnival is a tour de force that will make all of life's passengers squirm in their backseats.

'A rich and often beautiful, brave, engrossing, intelligent, literate, funny and very human novel. I enjoyed this book in so many ways. I relished this novel - for its compassion, its lyricism and its great human spirit' Guardian

Rawi Hage was born in Beirut, Lebanon, and lived through nine years of the Lebanese civil war during the 1970s and 1980s. He emigrated to Canada in 1992 and now lives in Montreal. His first novel, De Niro's Game, won the IMPAC Dublin Literary Award, and has either won or been shortlisted for seven other major awards and prizes. Cockroach was the winner of the Paragraphe Hugh MacLennan Prize for Fiction and a finalist for the Governor General's Literary Awards. It was also shortlisted for the Rogers Writers' Trust Fiction Award and the Scotiabank Giller Prize.