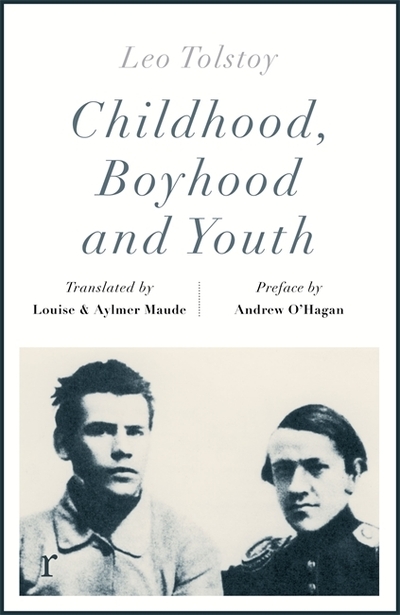 'The beautiful illusion, when reading Tolstoy, is that one is looking directly at the world, as opposed to a depiction' Andrew O'Hagan from his preface to Childhood, Boyhood and Youth

Published in 1852, when he was just twenty-four, Childhood was Tolstoy's first published work, and the first of a trilogy of stories that evoke the upbringing and traditional education of a Russian aristocrat in a world that vanished with the revolution. In this self-portrait, narrated by its protagonist Nikolya, the young Tolstoy captured the textures of adolescence with a psychological insight and subtlety of analysis that look forward to his mature achievements; while his matchless objectivity - summoning the smells, sights and sounds of early childhood - is already fully present in these pages.

The riverrun edition reissues the translation of Louise and Aylmer Maude, whose influential versions of Tolstoy first brought his work to a wide readership in English.