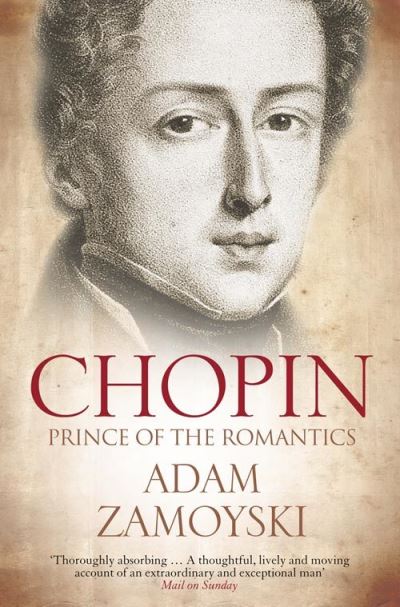 A new edition of Adam Zamoyski's definitive biography of Chopin, first published in 1979 and unavailable in English for many years. Few composers elicit such strong emotions as Chopin. Few have been more revered and cherished. And few have had so much sentimental nonsense written about them. Published to coincide with the bicentenary of Chopin's birth, Adam Zamoyski's compelling new biography cuts through the mass of anecdote and myth that has sprung up around the composer's life and the ebullient and striking personalities of Romantic Paris among whom he lived, including Liszt, Berlioz, Victor Hugo and George Sand, in search of the real Chopin. Zamoyski brings to the subject an unrivalled knowledge of the historical, social and cultural background of the composer's native Poland as well as of the France in which he spent most of his creative life. He has scoured the archives of Warsaw, Krakow, Paris and London in his quest for the truth, and has based his account exclusively on primary sources and contemporary accounts. The result is a biography of authority, perception and wit. Chopin emerges from the sugary romantic mist in which he has been shrouded as a real, palpable personality, a man of intelligence and humour; in music an innovator of genius; in business a feckless spendthrift; in love hesitant and tender; in friendship passionately loyal but often intolerably exacting. Through a close reading of his letters and the use of everyday detail, Zamoyski draws the reader into the private world of this most complicated and reticent of men - 'a man made for intimacy', as the poet Heinrich Heine called him - and reveals the real passions, suffering and ultimate tragedy of his life.