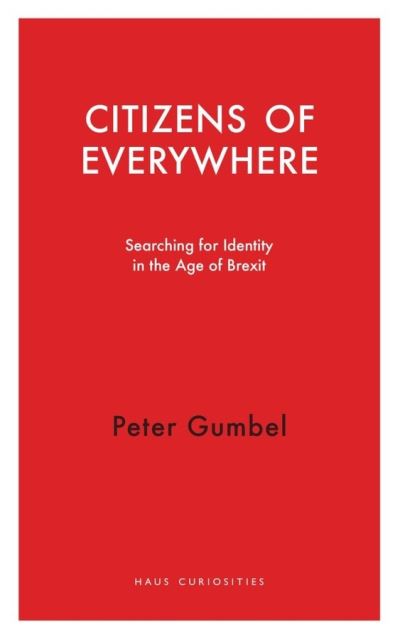 In 1939, with Europe on the brink of war, Peter Gumbel's grandparents fled Nazi Germany for England. In2019, appalled not only by the result of the Brexit referendum but by the ugliness it exposed in our politics and wider society, he became a citizen of Germany,the country that had persecuted his grandparents 80 years earlier. How had it come to this? Through the story of his family and their migration, Citizens of Everywhere explores identity and belonging in the wake of Brexit and the coronavirus. In doing so,it laments Britain's tragic slide from an open, pluralist haven to a country whose prejudices have led it to turn its back on the European project and engage in an ill-fated, isolationist struggle against an ever more interconnected world. As we enter the third decade of the 21st century, our increasingly layered identities are more complex than ever. The reactionary retreat away frompluralism and towards a nationalistic worldview is perhaps an inevitableresponse - and one that the political class seemed all too ready to exploit,without regard for the consequences. Gumbel's short book will speak to many as he describes how the Britain he knew and loved, that welcomed his ancestors so readily, has taken a wrong turn at the worst possible moment.