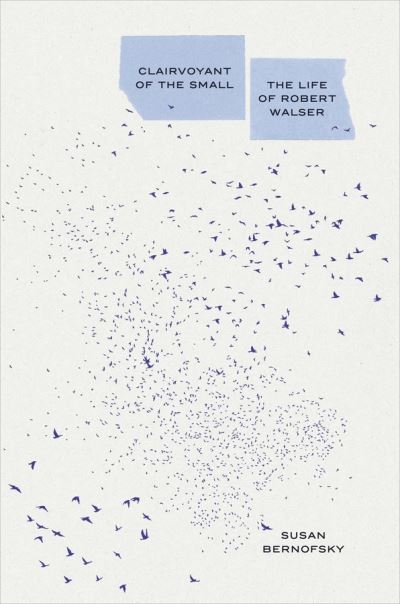 Clairvoyant of the Small

The first English-language biography of one of the great literary talents of the twentieth century, written by his award-winning translator

"Masterful. . . . This balanced and meticulous account shines a bright light on a misunderstood and influential writer."—Publishers Weekly, Starred Review

“An illuminating, engrossing read for anyone who has come to be mesmerized by Walser’s singular literary voice.”—Veronica Esposito, Los Angeles Review of Books

The great Swiss-German modernist author Robert Walser lived eccentrically on the fringes of society, shocking his Berlin friends by enrolling in butler school and later developing an urban-nomad lifestyle in the Swiss capital, Bern, before checking himself into a psychiatric clinic. A connoisseur of power differentials, his pronounced interest in everything inconspicuous and modest—social outcasts and artists as well as the impoverished, marginalized, and forgotten—prompted W. G. Sebald to dub him “a clairvoyant of the small.” His revolutionary use of short prose forms won him the admiration of Franz Kafka, Walter Benjamin, Robert Musil, and many others.

He was long believed an outsider by conviction, but Susan Bernofsky presents a more nuanced view in this immaculately researched and beautifully written biography. Setting Walser in the context of early twentieth century European history, she provides illuminating analysis of his extraordinary life and work, bearing witness to his “extreme artistic delight.”