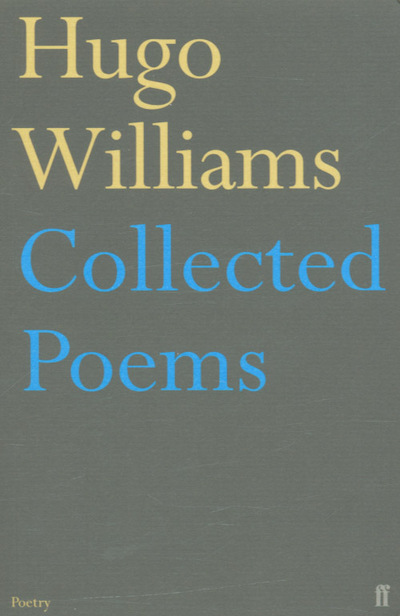 In gathering four decades of work, Hugo Williams's Collected Poems brings back into print a vast body of material long since unavailable - from his 1965 debut Symptoms of Loss to Self-Portrait with a Slide (1990) and including Writing Home (1985), described by Mick Imlah in the Independent on Sunday as 'a classic of creative autobiography'. The edition is brought up to date with his most recent work: Dock Leaves, a PBS Choice of 1994, and Billy's Rain, winner of the 1999 T. S. Eliot Award. 'This year's best collection of works by a single poet. Intimate, charming and often funny, sometimes wistful, slightly sceptical, full of insight, the poems are a monument to 40 years of talent.' Times 'In their seemingly artless way, these poems look with candour at feebleness, messy love affairs, squirming memories, and emerge triumphantly, often with a rueful grin.' Anthony Thwaite, Sunday Telegraph 'Not since Thom Gunn's Collected Poems has there been a Collected as startling and poignant as Hugo Williams's Collected Poems. Williams shows us, like no other contemporary poet, what is so strangely undramatic about our personal dramas.' Adam Phillips, Observer Books of the Year 'William's is a poet of such intimate charm, such grace and cunning, and such ordinary comical sadness, that he wins your affection and admiration.' Hermoine Lee, Guardian