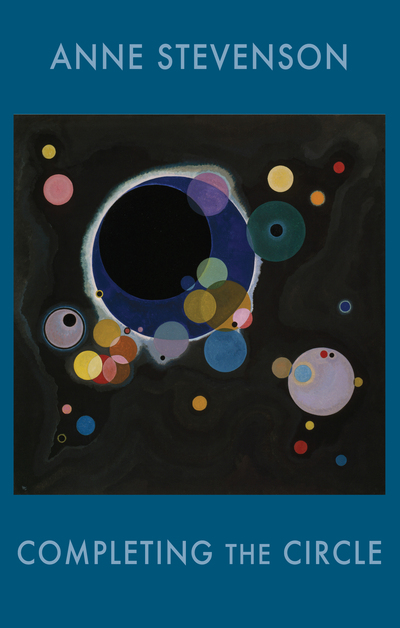 Anne Stevenson's Completing the Circle is a swansong collection of moving elegies and celebrations written in her 80s during the early decades of what she calls in her preface, 'a newly transformed, already terrifying century'. Most of these poems look back on her past from 'the viewpoint of a bewildered survivor facing up to the realities of time passing and beloved contemporaries dying'. In common with much of her work - and fittingly for this wide-ranging book of remembrance - she manages to maintain a tone that is serious without being funereal, acquiescent without indulging in confessional despair, keeping personal self-pity at bay with a characteristic detachment that can quietly slip into wit. The title-poem, while it owes a debt to Rilke, essentially expresses the poet's own long-considered belief that 'death naturally and rightly completes the cycle we recognise and accept as life'. Completing the Circle is Anne Stevenson's 16th collection, her third since her much praised Bloodaxe retrospective Poems 1955-2005. It follows two other late collections, Stone Milk (2007) and Astonishment (2012).