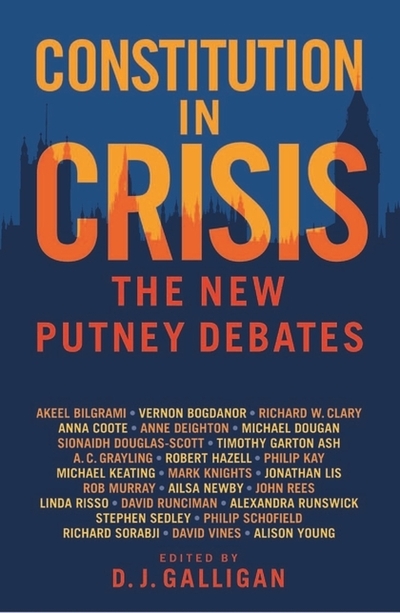 The debates that began at St Mary's Church, Putney on 28 October 1647 pioneered the liberal, democratic settlement in England: a written constitution, universal suffrage, freedom of conscience and equality before the law. Four centuries later, the 2016 Brexit referendum raised fundamental questions concerning the constitution of the United Kingdom. Following the High Court ruling that the government, under a centuries-old Royal Prerogative, does not have the power to trigger Article 50 to leave the EU, MPs have claimed that we are entering a full-blown constitutional crisis. The parallels between 1647 and 2017 are striking. Government has been toppled, a new leadership has emerged, and the two main parties are in a state of internecine warfare. Parliamentarians do not understand how to reconcile their duty to act for the common good and the result of the referendum. The people are divided and the four nations comprising the United Kingdom are at odds. This volume brings together some of the greatest public intellectuals of their generation to debate the constitutional crisis at the heart of today's politics. Featuring contributions from A.C. Grayling, Joshua Rozenberg, Onora O'Neill, Will Hutton, Timothy Garton Ash and Michael Mansfield, this book provides important new perspectives on the most important political debate of the twenty-first century.