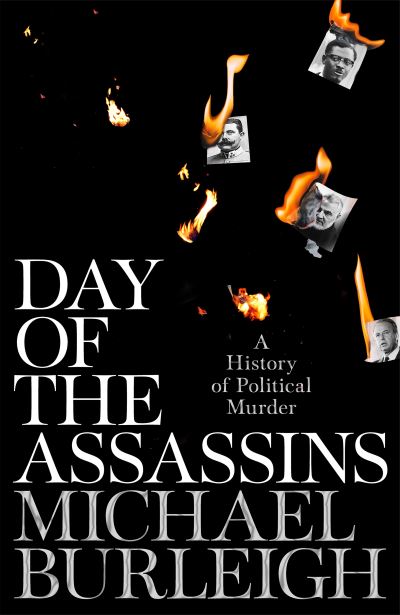 Day of the Assassins

'Written with Burleigh's characteristic brio, with pithy summaries of historical moments (he is brilliant on the Americans in Vietnam, for example) and full of surprising vignettes' - The Times 'Book of the Week'

'Brilliant and timely . . . Our world today is as dangerous and mixed-up as it has ever been. Luckily we have Michael Burleigh to help us make sense of it.' - Mail on Sunday

The traditional image of a political assassin is a lone wolf with a rifle, aimed squarely at the head of those they wish to kill. But while there has been enormous speculation on what lay behind notorious individual political assassinations - from Julius Caesar to John F. Kennedy - the phenomenon itself has scarcely been examined as a special category of political violence, one not motivated by personal gain or vengeance.

Now, in Day of the Assassins, acclaimed historian Michael Burleigh explores the many facets of political assassination, explaining why it is more frequent in certain types of society than others and asking if assassination can either bring about change or prevent it, and whether, like a contagious disease, political murder can be catching. Focusing chiefly on the last century and a half, Burleigh takes readers around the world, from Europe, Russia, Israel and the United States to the Congo, India, Iran, Laos, Rwanda, South Africa and Vietnam. And, as we travel, we revisit notable assassinations, among them Leon Trotsky, Hendrik Verwoerd, Juvenal Habyarimana, Indira Gandhi, Yitzhak Rabin and Jamal Khashoggi.

Throughout, the assassins themselves are at the centre of the narrative, whether they were cool, well-trained professional killers, like the agents of the NKVD or the KGB - or, indeed, the CIA - or men motivated by the politicization of their private miseries, like Gavrilo Princip or Lee Harvey Oswald. Even some of those who were demonstrably mad had method in their madness and acted for comprehensible political motives.

Combining human drama, questions of political morality and the sheer randomness of events, Day of the Assassins is a riveting insight into the politics of violence.