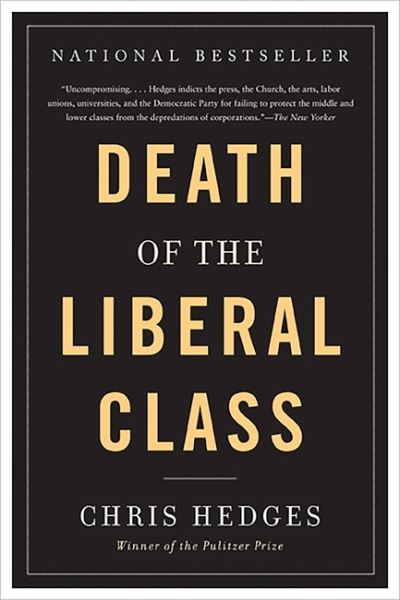 Death of the Liberal Class

For decades the liberal class was a defence against the worst excesses of power. But the pillars of the liberal class, the press, universities, the labour movement, the Democratic Party, and liberal religious institutions,have collapsed. In its absence, the poor, the working class, and even the middle class no longer have a champion. In this searing polemic Chris Hedges indicts liberal institutions, including his former employer, the New York Times , who have distorted their basic beliefs in order to support unfettered capitalism, the national security state, globalization, and staggering income inequalities. Hedges argues that the death of the liberal class created a profound vacuum at the heart of American political life. And now speculators, war profiteers, and demagogues, from militias to the Tea Party,are filling the void.