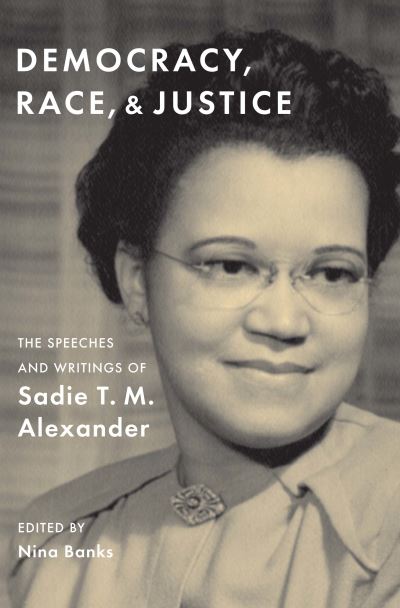 "Sadie Alexander embodies the Black feminist saying, 'the political is personal.' Her speeches brilliantly intertwine economics and law and will empower the next generation scholars-activists fighting for social justice."-Rhonda Vonshay Sharpe, President, Women's Institute for Science, Equity and Race

In 1921, Sadie Tanner Mossell Alexander became the first Black American to gain a Ph.D. degree in economics. Unable to find employment as an economist because of discrimination, Alexander became a lawyer so that she could press for equal rights for African Americans. Although her historical significance has been relatively ignored, Alexander was a pioneering civil rights activist who used both the law and economic analysis to challenge racial inequities and deprivations.

This volume-a recovery of Sadie Alexander's economic thought-provides a comprehensive account of her thought-provoking speeches and writings on the relationship between democracy, race, and justice. Nina Banks's introductions bring fresh insight into the events and ideologies that underpinned Alexander's outlook and activism. A brilliant intellectual, Alexander called for bold, redistributive policies that would ensure racial justice for Black Americans while also providing a foundation to safeguard democracy.