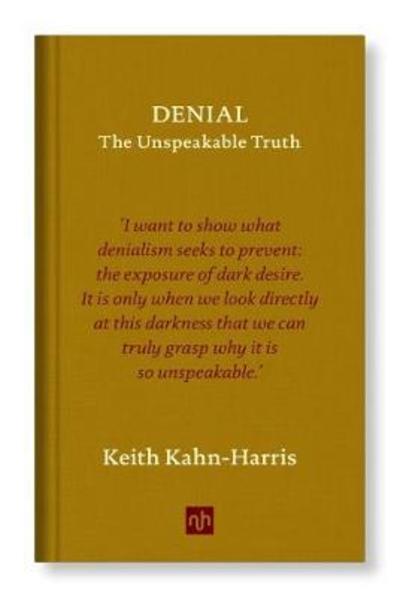 I want to show what denialism seeks to prevent; the exposure of dark desire. It is only when we look directly at this darkness that we can truly grasp why it is so unspeakable.' The Holocaust never happened. The planet isn't warming. Vaccines harm children. There is no such thing as AIDS. The Earth is flat. Denialism comes in many forms, often dressed in the garb of scholarship or research. It's certainly insidious and pernicious. Climate change denialists have built well-funded institutions and lobbying groups to counter action against global warming. Holocaust deniers have harried historians and abused survivors. AIDS denialists have prevented treatment programmes in Africa. All this is bad enough, but what if, as Keith Kahn-Harris asks, it actually cloaks much darker, unspeakable, desires? If denialists could speak from the heart, what would we hear? Kahn-Harris sets out not to unpick denialists' arguments, but to investigate what lies behind them. The conclusions he reaches are shocking and uncomfortable. In a world of `fake news' and `post-truth', are the denialists about to secure victory?