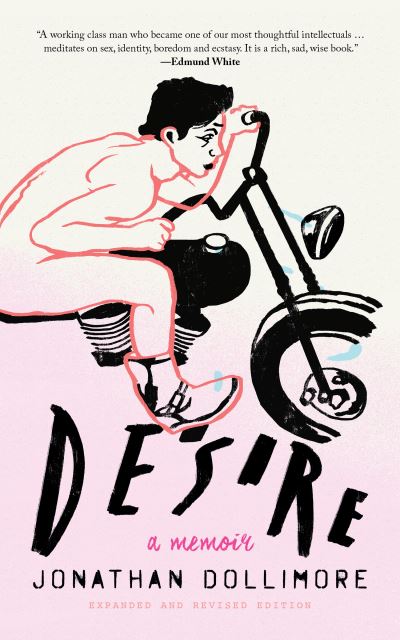 Desire: A Memoir is a hybrid of autobiography, meditation, and philosophy that explores the existential sources of his writing. Effortlessly blending the tragic and comic, Dollimore's unique voice relates a life haunted and torn by loss, and the at once intensely personal yet universal experience of suffering and longing.In this moving memoir Jonathan Dollimore recounts a life dedicated to understanding the delight and disorder of human desire. He writes honestly and movingly about his teenage attraction to risk and danger; of wounding motorcycle crashes and lucky escapes; of sexual curiosity as a flight from boredom; of suicidal depression and sexual ecstasy, of his discovery of love and literature and his adventures cruising in the gay subcultures of late twentieth-century New York, Brighton, and Sydney.For more than thirty years Dollimore has been one of contemporary culture's most influential critics of politics, literature, and sexuality. At the University of Sussex he pioneered cultural materialism in early modern and literary studies and gay studies in education, including co-founding there the Centre for the Study of Sexual Dissidence. His landmark books include Radical Tragedy (1984), with Alan Sinfield, Political Shakespeare (1985) and Sexual Dissidence (1991). In later books like Death, Desire and Loss in Western Culture (1999) and Sex Literature and Censorship (2001) he turned his attention to a fresh interrogation of those dark, recalcitrant elements of desire and mortality that resist utopian transformation. He has held chairs at Sussex and York and lectured and taught throughout the world.