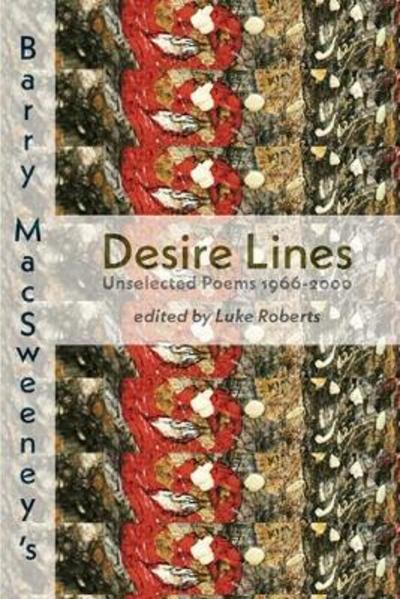 Desire Lines: Unselected Poems, 1966-2000 presents work drawn from across MacSweeney's writing life. Beginning with The Boy From the Green Cabaret Tells of His Mother, which brought the 20-year-old poet fame and notoriety, Desire Lines brings close to 400 pages of MacSweeney's poetry back into print. His prolific 1970s are represented here by eight complete sequences, including the major political work Black Torch and the previously unpublished long poems Toad Church and Pelt Feather Log. Drawing on archival resources and extensive bibliographic resources, Desire Lines collects the majority of MacSweeney's poetry not included in Wolf Tongue: Selected Poems, 1965-2000. These unselected poems showcase the full range of his capabilities: from raw lyrical emotion to modernist fragmentation, from historical narrative to surreal invention and absurd humour. Including five unpublished poems from the 1980s - including the `State of the Nation Bullerin' Revulsion and the tender, heartbroken `Soft Hail' - MacSweeney's essential contribution to modern poetry can be seen to its full extent. Alongside translations from the French of Guillaume Apollinaire, Desire Lines includes an introduction and notes on the texts by the editor.