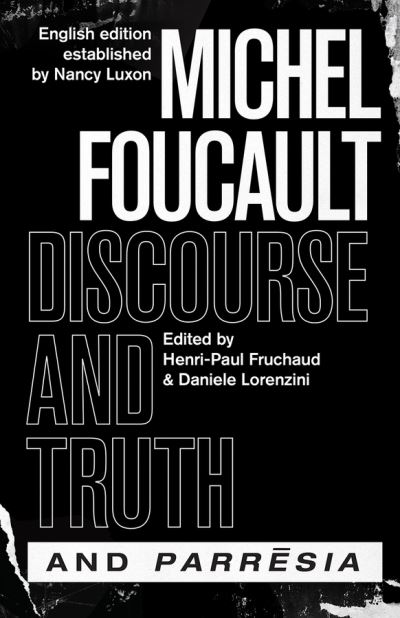 "discourse and Truth" and "parresia"

The volume collects a series of lectures given by the renowned French thinker Michel Foucault late in his career. The book is composed of two parts: a talk, "Parresia," delivered at the University of Grenoble in 1982, and a series of lectures entitled "Discourse and Truth," given at the University of California, Berkeley in 1983, which appears here for the first time in its full and correct form. Together, they provide an unprecedented account of Foucault's reading of the Greek concept of parresia, often translated as "truth-telling" or "frank speech." In typically Foucauldian style, the lectures trace the transformation of this concept across Greek, Roman, and early Christian thought, from its origins in pre-Socratic Greece to its role as a central element of the relationship between teacher and student. In mapping the concept's history, Foucault's concern is not to advocate for free speech; rather, his aim is to explore the moral and political position one must occupy in order to take the risk to speak truthfully. In his analysis of parresia, Foucault both advances his project of a history of the present and paves the way for a genealogy of the critical attitude in modern and contemporary societies. These essays--carefully edited and including notes and introductory material to fully illuminate Foucault's insights--are a major addition to Foucault's English-language corpus that no scholar of ancient or modern philosophy will want to miss.