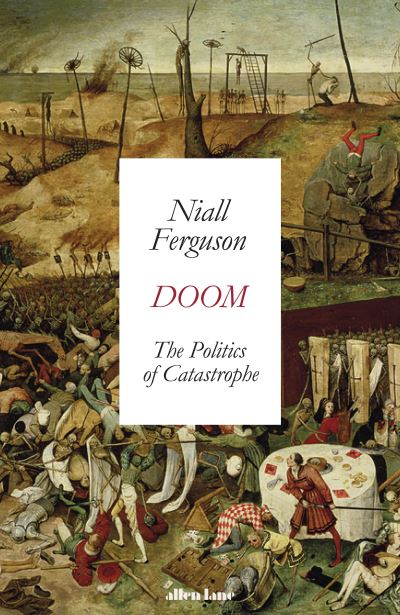 Doom: The Politics of Catastrophe

A compelling history of catastrophes and their consequences, from 'the most brilliant British historian of his generation' (The Times)

Disasters are inherently hard to predict. But when catastrophe strikes, we ought to be better prepared than the Romans were when Vesuvius erupted or medieval Italians when the Black Death struck. We have science on our side, after all. Yet the responses of many developed countries to a new pathogen from China were badly bungled. Why?

While populist rulers certainly performed poorly in the face of the pandemic, Niall Ferguson argues that more profound pathologies were at work - pathologies already visible in our responses to earlier disasters.

Drawing from multiple disciplines, including economics and network science, Doom: The Politics of Catastrophe offers not just a history but a general theory of disaster. As Ferguson shows, governments must learn to become less bureaucratic if we are to avoid the impending doom of irreversible decline.