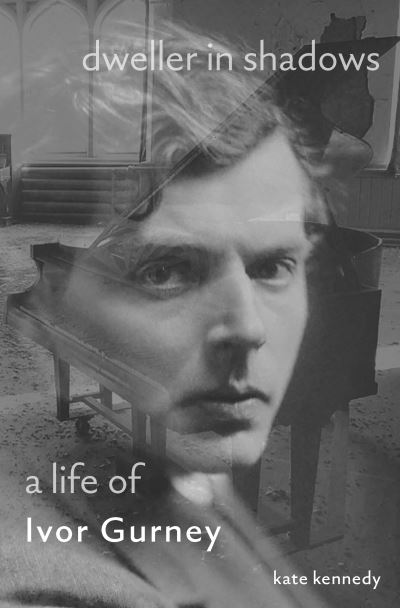 The first comprehensive biography of an extraordinary English poet and composer whose life was haunted by fighting in the First World War and, later, confinement in a mental asylum

Ivor Gurney (1890-1937) wrote some of the most anthologized poems of the First World War and composed some of the greatest works in the English song repertoire, such as "Sleep." Yet his life was shadowed by the trauma of the war and mental illness, and he spent his last fifteen years confined to a mental asylum. In Dweller in Shadows, Kate Kennedy presents the first comprehensive biography of this extraordinary and misunderstood artist.

A promising student at the Royal College of Music, Gurney enlisted as a private with the Gloucestershire regiment in 1915 and spent two years in the trenches of the Western Front. Wounded in the arm and subsequently gassed during the Battle of Passchendaele, Gurney was recovering in hospital when his first collection of poems, Severn and Somme, was published. Despite episodes of depression, he resumed his music studies after the war until he was committed to an asylum in 1922. At times believing he was Shakespeare and that the "machines under the floor" were torturing him, he nevertheless continued to write and compose, leaving behind a vast body of unpublished work when he died of tuberculosis. Drawing on extensive archival research and spanning literary criticism, history, psychiatry and musicology, this compelling narrative sets Gurney's life and work against the backdrop of the war and his institutionalisation, probing the links between madness, suffering and creativity.

Facing death in the trenches, Gurney hoped that history might not "forget me quite." This definitive account of his life and work helps ensure that he will indeed be remembered.