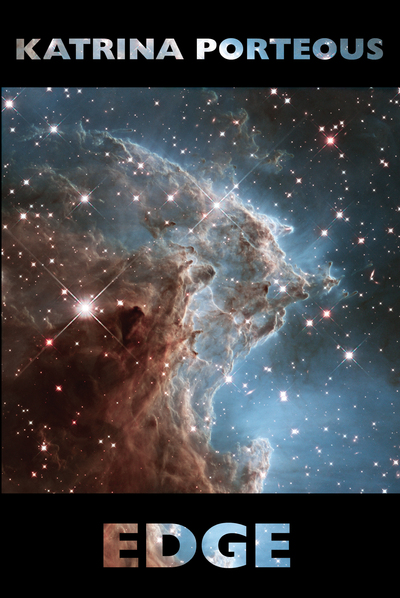 Scientists and engineers are the great explorers of our age. Inspired by the work of leading research scientists, by CERN's Large Hadron Collider, space telescopes which allow us to see our Sun in wavelengths far beyond human vision, and by the Cassini mission's astonishing photos of Saturn's moons, poet Katrina Porteous translates to the non-scientist contemporary questions about the nature of physical reality and our understanding of it. Edge contains three poem sequences, Field, Sun and the title sequence, which extend Porteous' previous work on nature, place and time beyond the human scale. They take the reader from the micro quantum worlds underlying the whole universe, to the macro workings of our local star, the potential for primitive life elsewhere in the solar system on moons such as Enceladus, and finally to the development of complex consciousness on our own planet. As scientific inquiry reveals the beauty and poetry of the universe, Edge celebrates the almost-miraculous local circumstances which enable us to begin to understand it. All three pieces were commissioned for performance in Life Science Centre Planetarium, Newcastle between 2013 and 2016, with computer music by Peter Zinovieff. Sun was part of NUSTEM's Imagining the Sun project for schools and the wider public (Northumbria University 2016). The title sequence, Edge, was broadcast as a Poetry Please Special on BBC Radio 4. Edge is Katrina Porteous's third poetry book from Bloodaxe, her first to draw upon her long involvement in scientific projects, following two earlier collections, The Lost Music (1996) and Two Countries (2014), concerned with the landscapes and communities of North-East England.