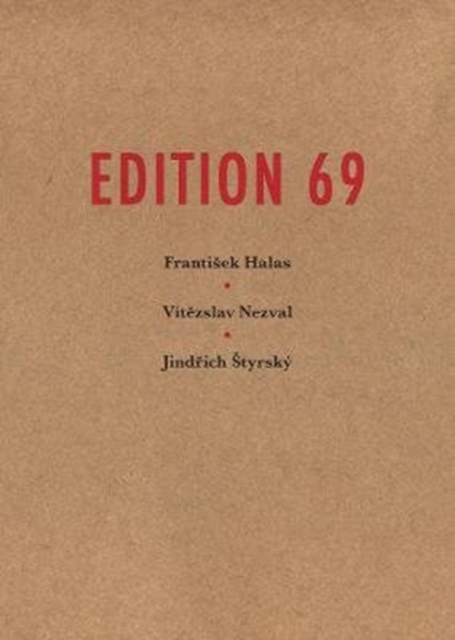 Launched in 1931 by Jindřich Štyrský, Edition 69 consisted of six volumes of erotic literature and illustration that followed the path marked out by Louis Aragon's Irene's Cunt and Georges Bataille's Story of the Eye. Including were the first Czech translation of Marquis de Sade's Justine and Pietro Aretino (both illustrated by Toyen), but three volumes were from Czech artists, and these were all illustrated by Štyrský himself, who also contributed the text for the series' final volume. Because of the censorship laws Štyrský encountered with his illustrations for the first Czech publication of Lautréamont's Maldoror, the Edition 69 series was not for sale in regular retail outlets, nor was it made available to libraries. As the original colophons indicate, the books were exclusively for subscribers, collectors, and a circle of friends, and the original print runs numbered no more than 200 (Štyrský's volume was limited to 69 copies).

Brought together here in original English translations, Edition 69 comprises: Nezval’s “Sexual Nocturne”; Halas’s erotic poetry collection “Thyrsos”; and Štyrský’s “Emilie Comes to Me in a Dream,” including the original postscript from psychoanalyst and fellow Surrealist Bohuslav Brouk. For each, Štyrský chose a different technique for the artwork, from pen and ink drawings to graphic collages to pornographic photomontages. Influenced by Max Ernst’s collage-novels, André Masson’s illustrations for Aragon's and Bataille's work, and the book as object, Štyrský’s overall conception for the Edition 69 series rank it among the notable achievements of European Surrealism, representing as well a sustained attempt by the interwar Czech avant-garde to investigate the taboos of bourgeois culture.