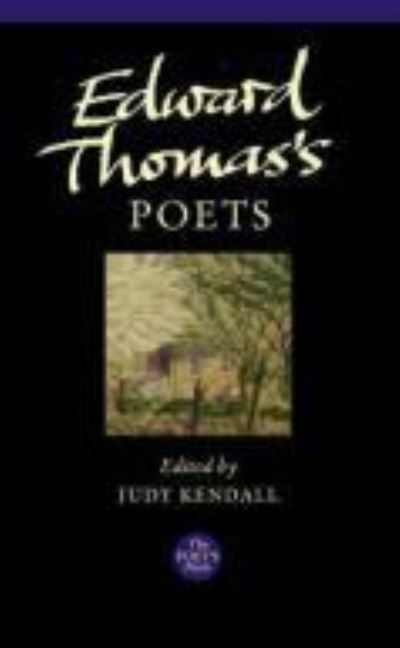 Edward Thomas is one of the best-loved of English poets, and a model of integrity for many of his successors. His poetry was written during the space of just two years, before he was killed in the First World War. Those years lie at the heart of "Edward Thomas' Poets": Judy Kendall's gathering of poems and letters embeds that brief period of intense poetic creativity within the wider narrative of Thomas' life. For the first time, letters by Thomas about writing and publishing are set alongside his poems, revealing the occasions of their composition, illuminating the processes of recollection, revision and development that transformed him into a poet. Interleaved with Thomas' own poems and letters are works by the literary friends whom he criticised and admired, and whose influence he absorbed: Walter de la Mare, W.H. Hudson, Robert Frost, Eleanor Farjeon and others. Many of the letters included here have not been collected before or are out of print.Enhanced by Judy Kendall's detailed notes and bibliographies, "Edward Thomas' Poets" provides a new perspective on Thomas' reading and writing of poetry, illuminating specific poems and revealing the complex sources of his mature verse.