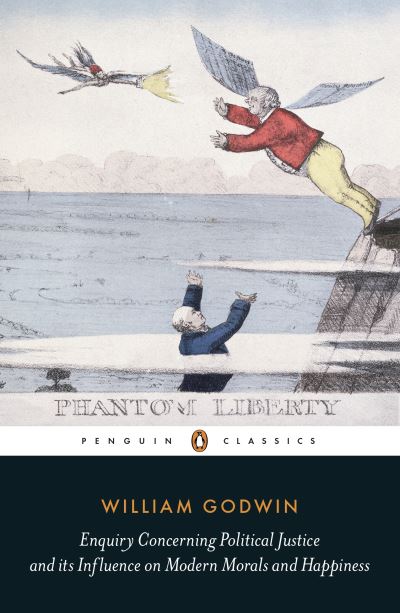 One of the great polemics and the key founding anarchist text, Godwin's Enquiry is his major work of political philosophy.

Enquiry Concerning Political Justice established William Godwin as the chief exponent of British radicalism, in the tradition of the French Revolution. In it, he criticizes the 'brute engine' of government for systematizing oppression of individual liberty in the name of law and order, and calls for the abolition of all forms of rule and for the institution of an anarchist society based on the principles of simplicity, sincerity and equality. His book influenced everyone from Shelley and Coleridge (who revered him) to Thomas Malthus (who wrote his Essay on the Principle of Population in outraged response to him). The book's ideas would later echo through the writings of thinkers as diverse as Proudhon, Kropotkin, Marx and Thoreau, and it remains one of the great polemics of political literature.

William Godwin, the famous philosopher and novelist, was born in East Anglia in 1756. The son of a Presbyterian minister, he was educated to follow in his father's footsteps, but subsequently lost his faith in God. He then devoted himself to writing, expounding his enlightenment and anarchist ideals in novels and essays. In 1797 he married Mary Wollstonecraft, the famous feminist; their daughter would grow up to be Mary Shelley, the author of Frankenstein. Godwin died in 1836.

Isaac Kramnick is the Richard J. Schwartz Professor of Government at Cornell where he has taught since 1972. He has written or edited some twenty books among which his Bolingbroke and His Circle: The Politics of Nostalgia in the Age of Walpole won the Conference of British Studies Prize for best book on British politics.