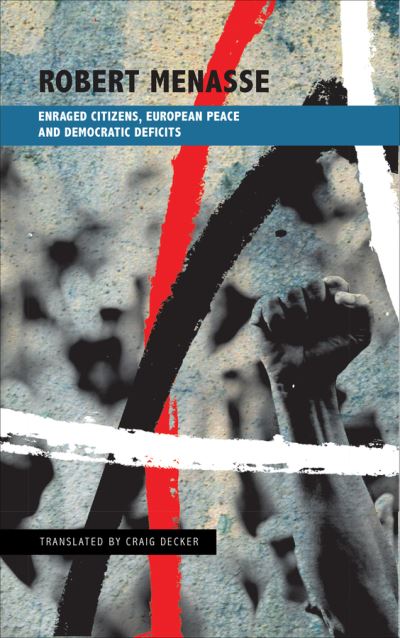 In 2010, Robert Menasse journeyed to Brussels to begin work on a novel centered on the European Union. His extended stay resulted in a completely different book-Enraged Citizens, European Peace and Democratic Deficits, a work of nonfiction examining the history of the European project and the evolving politics of nation-states. Spanning from the beginning of the transnational idea with 1951's Montanunion-the European Coal and Steel Community-to the current financial crisis, Menasse focuses on the institutional structures and forces both advancing and obstructing the European project. Given the internal tensions among the European Commission, Parliament, and Council, Menasse argues that current problems that are frequently misunderstood as resulting from the financial crisis are, in fact, political. Along the way, he makes the bold claim that either the Europe of nation-states will perish-or the project of transcending the nation-states will. A provocative book, Enraged Citizens, European Peace and Democratic Deficits deftly analyzes the financial and bureaucratic structures of the European Union and sheds much-needed light on the state of the debt crisis. Menasse brings his considerable literary expertise to the unraveling of the real state of the Union, along the way weaving an intriguing tale of one continent's efforts to become a truly postnational democracy.