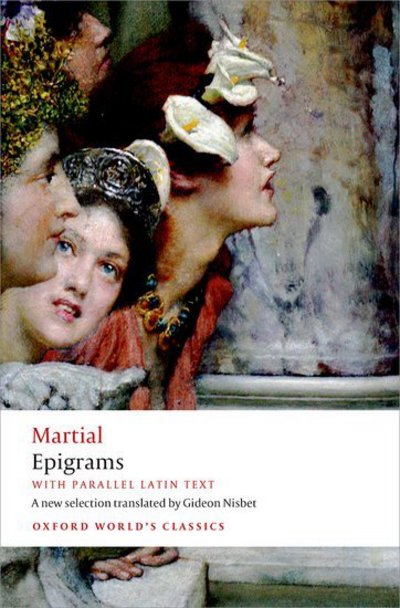 'If you're one of those terribly serious readers, now is a good time to leave.' The poet we call Martial, Marcus Valerius Martialis, lived by his wits in first-century Rome. Pounding the mean streets of the Empire's capital, he takes apart the pretensions, addictions, and cruelties of its inhabitants with perfect comic timing and killer punchlines. Social climbers and sex-offenders, rogue traders and two-faced preachers - all are subject to his forensic annihilations and often foul-mouthed verses. Packed with incident and detail, Martial's epigrams bring Rome vividly to life in all its variety; biting satire rubs alongside tender friendship, lust for life beside sorrow for loss. Gossipy, clever, and above all entertaining, they express amusement as much as indignation at the vices they expose. This selection brings Martial to a twenty-first century readership in a prose translation that pulls no punches and presents him in all his moods. It establishes his originality as a literary author, and the significance of his achievement as the poet who conquered epigram for Rome. ABOUT THE SERIES: For over 100 years Oxford World's Classics has made available the widest range of literature from around the globe. Each affordable volume reflects Oxford's commitment to scholarship, providing the most accurate text plus a wealth of other valuable features, including expert introductions by leading authorities, helpful notes to clarify the text, up-to-date bibliographies for further study, and much more.