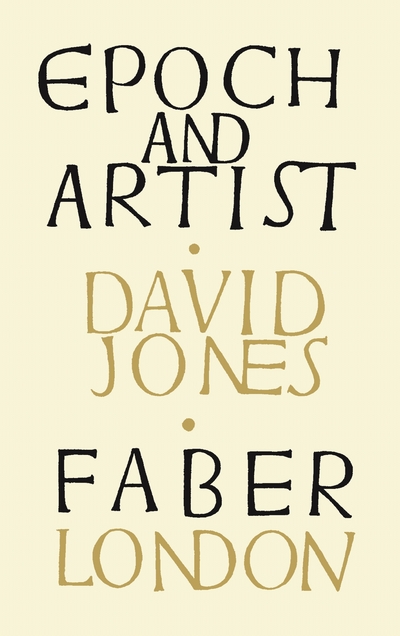 This collection of occasional writing 'reveals a consistency, a subtlety, a creativeness springing from tradition . . . For David Jones every sentence is wrought with artistry; and as compared with the arid conceptual approach of so much academic criticism, his imaginative testing and touching of every theme is nothing less than life-giving.' Kathleen Raine, New Statesman Written between the late 1930s and the late 1950s, Epoch and Artist represents those essays that David Jones wished to see preserved in his lifetime. Beginning with his most personal reflections upon Welsh culture, the selection turns next to Jones's thoughts on the position of art and the artist in the twentieth century, concluding with writings on the nature of epoch and European culture and history. As 'unclassifiable' as his other writings, the volume encompasses a mixture of styles and modes - from prose-essays and reviews, to radio broadcasts and letters to periodicals - where each item has been carefully revised by the author.