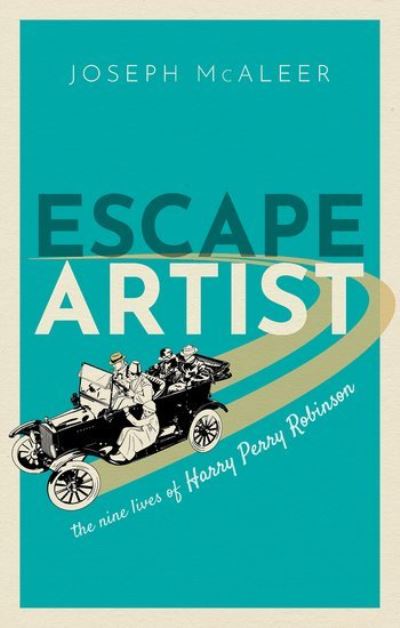 The life of Sir Harry Perry Robinson (1859-1930) unfolds like a Boy's Own adventure. Born in India and educated at Oxford, Harry fled to the United States to make his name and fortune. After a stint in the gold mines of the American West, he became a major force in the railroad industry and helped to elect a U.S. President. Returning to England, Harry had a celebrated career as a book publisher (discovering the American author Jack London) and as a journalist for The Times, serving as the oldest correspondent during the First World War and going on to have one of the scoops of the century: the discovery of the tomb of Tutankhamun in 1923. Harry's incredible journey unfolds against the background of his equally adventurous and accomplished family. His father, Julian, was an Indian Army chaplain and newspaper editor. His aunt was a suffragette and personal friend of both Disraeli and Gladstone. Brother Philip was a dashing foreign correspondent, arrested as a spy during the Spanish-American War. Brother Edward ('Kay'), founder of the British Empire Naturalists' Association, gave Rudyard Kipling his first writing job. And troubled sister Valence was rumoured to end her days living in a barrel on a roadside in Bulawayo. From the White House to Buckingham Palace, the American West to the Western Front, the sands of Egypt to the shores of India, the board room to the bedroom, Harry was a master of reinvention, and each of the nine 'lives' he assumed allowed an 'escape' from one experience into the next. His innate wanderlust was both a blessing and a curse, but it made for a splendid adventure, and Harry's was a grand life lived in history's shadow.