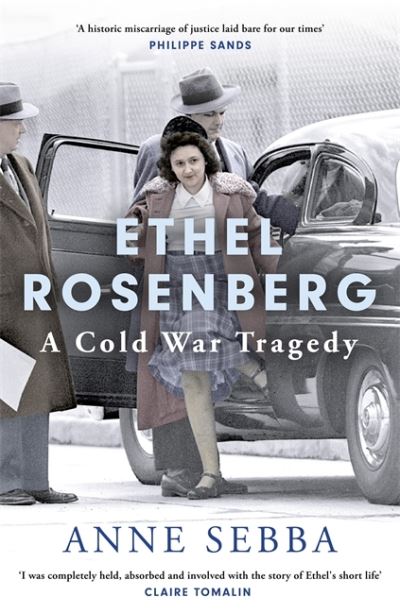 "Totally riveting. I couldn't put it down" VICTORIA HISLOP
"Masterful, original and painfully gripping" PHILIPPE SANDS
"A heart-piercingly brilliant book about a woman whose personal life put her in the cross-hairs of history" HADLEY FREEMAN
"I don't think I've ever read a book that has moved me more" ANTHONY HOROWITZ
"A brilliant and fresh take on a famous case" SIMON SEBAG MONTEFIORE

Ethel Rosenberg's story has been called America's Dreyfus Affair: a catastrophic failure of humanity and justice that continues to haunt the national conscience, and is still being played out with different actors in the lead roles today.

On 19th June 1953 Ethel Rosenberg became the first woman in the US to be executed for a crime other than murder. She was thirty-seven years old and the mother of two small children. Yet even today, at a time when the Cold War seems all too resonant, Ethel's conviction for conspiracy to commit espionage on behalf of the Soviet Union makes her story still controversial. This is an important moment to recount not simply what FBI Director J. Edgar Hoover called the 'trial of the century', but also a timeless human story of a supportive wife, loving mother and courageous idealist who grew up during the Depression with aspirations to become an opera singer. Instead, she found herself battling the social mores of the 1950s and had her life barbarically cut short on the basis of tainted evidence for a crime she almost certainly did not commit.

Anne Sebba's masterly biography makes full use of the dramatic prison letters Ethel exchanged with her husband, lawyer and psychotherapist over a three-year period. Sebba has also interviewed Ethel's two sons and others who knew her, including a fellow prisoner. Ethel's tragic story lays bare a nation deeply divided and reveals what happens when a government motivated by fear tramples on the rights of its citizens.