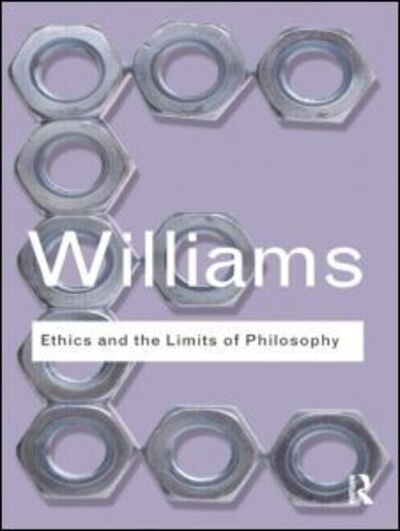 Ethics and the Limits of Philosophy

With a new foreword by Jonathan Lear 'Remarkably lively and enjoyable...It is a very rich book, containing excellent descriptions of a variety of moral theories, and innumerable and often witty observations on topics encountered on the way.' - Times Literary Supplement Bernard Williams was one of the greatest philosophers of his generation. Ethics and the Limits of Philosophy is not only widely acknowledged to be his most important book, but also hailed a contemporary classic of moral philosophy. Drawing on the ideas of the Greek philosophers, Williams reorients ethics away from a preoccupation with universal moral theories towards 'truth, truthfulness and the meaning of an individual life'. He explores and reflects upon the most difficult problems in contemporary philosophy and identifies new ideas about central issues such as relativism, objectivity and the possibility of ethical knowledge. This edition also includes a commentary on the text by A.W.Moore. At the time of his death in 2003, Bernard Williams was hailed by the Times as 'the outstanding moral philosopher of his age.' He taught at the Universities of Cambridge, Berkeley and Oxford and is the author of many influential books, including Morality; Descartes: The Project of Pure Enquiry (available from Routledge) and Truth and Truthfulness.