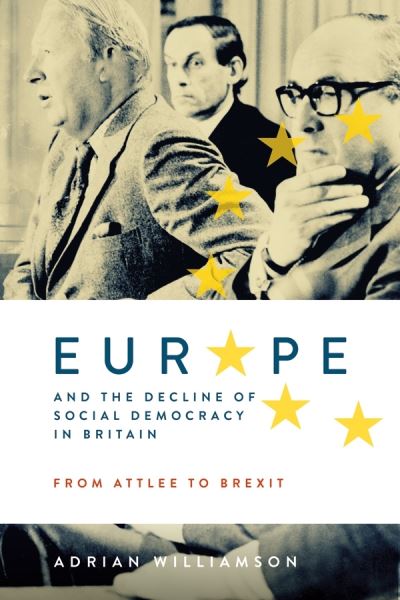 Europe and the Decline of Social Democracy in Britain: From Attlee to Brexit

Between about 1957 and 1979, British governments pursued policies loosely based on social democracy, with a strong commitment to full employment and egalitarianism. At this time, there was almost unlimited enthusiasm on the Right of British politics for membership of the EEC. The real debate was within the British Left, and the dividing line was between socialists and social democrats. The former wished to march on towards the promised land of real socialism; the latter were broadly content with the status quo. 1975, when the nation voted by 2 to 1 to stay in the EEC, was a triumph for those who had always been passionate supporters of the European project. It was also the high water mark of the UK's commitment to social democracy. Full employment remained the central goal of macro-economic strategy, and the nation's income and wealth were more evenly distributed than ever before or since.
Since the late 1970s, social democracy in the UK has been in continuous retreat. For the Conservatives, this retreat has been headlong since the rise of Thatcherism in the mid-1970s. Under New Labour, a viable alternative model to Thatcherism was never identified. This mixture of metropolitan social liberalism and freewheeling, finance-based capitalism came unstuck in the crisis of 2007-9. The ostensibly pro-European forces thus came into the 2016 referendum campaign in a very weak state. Tories were, at best, unenthusiastic and many were hostile. Eurosceptic socialists had taken back control of Labour. The forces of social democracy, triumphant in 1975, were beleaguered. It is perhaps not surprising that Remain lost.
This book explores the nation's gradual disenchantment with both social democracy and the EEC/EU, culminating in the 2016 vote for Brexit. It tells the story of the declining fortunes of these two intertwined concepts, for which no one has yet devised any plausible successor project. ADRIAN WILLIAMSON is a QC and practicing barrister at Keating Chambers, London, an Elected Fellow of the Royal Historical Society and the author of Conservative Economic Policymaking and the Birth of Thatcherism, 1964-1979 (Palgrave, 2015).