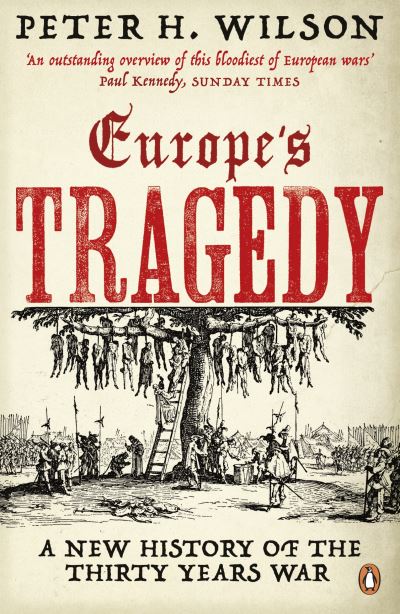 Winner of the Society for Military History Distinguished Book Award 2011

The horrific series of conflicts known as the Thirty Years War (1618-48) tore the heart out of Europe, killing perhaps a quarter of all Germans and laying waste to whole areas of Central Europe to such a degree that many towns and regions never recovered. All the major European powers apart from Russia were heavily involved and, while each country started out with rational war aims, the fighting rapidly spiralled out of control, with great battles giving way to marauding bands of starving soldiers spreading plague and murder. The war was both a religious and a political one and it was this tangle of motives that made it impossible to stop. Whether motivated by idealism or cynicism, everyone drawn into the conflict was destroyed by it. At its end a recognizably modern Europe had been created but at a terrible price.

Peter Wilson's book is a major work, the first new history of the war in a generation, and a fascinating, brilliantly written attempt to explain a compelling series of events. Wilson's great strength is in allowing the reader to understand the tragedy of mixed motives that allowed rulers to gamble their countries' future with such horrifying results. The principal actors in the drama (Wallenstein, Ferdinand II, Gustavus Adolphus, Richelieu) are all here, but so is the experience of the ordinary soldiers and civilians, desperately trying to stay alive under impossible circumstances.