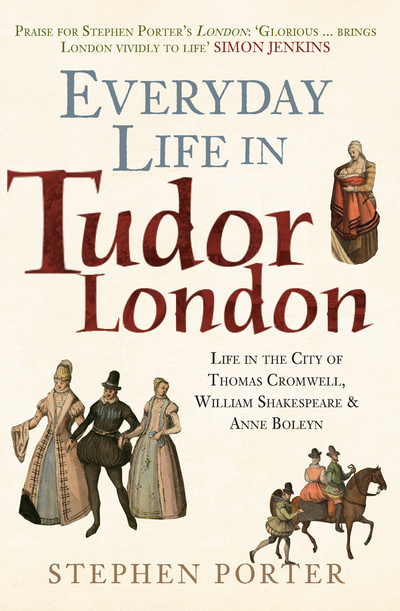 Tudor London was a vibrant capital city, the very hub of English cultural and political life. The thriving metropolis had a strong royal presence, at the long established Tower of London and Westminster, and later at the palaces of Whitehall, Bridewell and St James's, built by Henry VIII to host his glittering court. Anne Boleyn was assigned a house in the Strand, with gardens running down to the river, while Elizabeth I stayed occasionally at Somerset House. The great and the good gravitated to the city too: Erasmus lodged with Sir Thomas More and his family in Bucklesbury, off Cheapside; Sir Walter Raleigh wrote poetry in his study in Durham House, overlooking the Thames and William Shakespeare lodged in Silver Street. Like today, streets and areas grew up with their own distinct personality: Bankside and Shoreditch were the first theatre and entertainment districts where the Globe Theatre was built to sit alongside the bear-baiting rings. Londoners themselves, and the many immigrants who flocked from the continent, created a lively, raucous society in the streets, markets and the hundreds of inns and ale-houses. Everyday Life in Tudor London vividly recreates this colourful city.