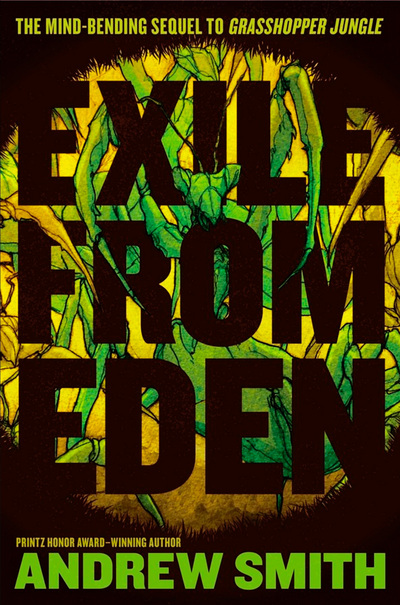 From New York Times bestselling author Andrew Smith comes the stunning, long-awaited sequel to the groundbreaking Printz Honor Book Grasshopper Jungle. It's been sixteen years since an army of horny, hungry, six-foot-tall praying mantises forced Arek's family underground and into the hole where he was born; it's the only home he's ever known. But now, post-end-of-the-world, the army of horny, hungry praying mantises might finally be dying out, and Arek's ready to leave the hole for good. All he has are mysterious letters from Breakfast, a naked, wild boy traveling the countryside with his silent companion, Olive. Together, Arek and his best friend Mel, who stowed away in his van, navigate their way through the ravaged remains of the outside world. Praise for Grasshopper Jungle 'A cool/passionate, gay/straight, male/female, absurd/real, funny/moving, past/present, breezy/profound masterpiece of a book.' Michael Grant, bestselling author of the GONE series. 'If you only read one book this year about sexually confused teens battling 6 foot tall head-chomping praying mantises in small town America, make it this one.' Charlie Higson, author of the bestselling Young Bond series. 'I devoured @marburyjack's wonderful 'cool/passionate' Grasshopper Jungle'. Sally Green, author of Half Bad. 'Grasshopper Jungle by Andrew Smith. You must read immediately. It's an absolute joy. Scary, funny, sexy. Trust me.' Jake Shears, lead singer of The Scissor Sisters 'Not for the faint-hearted. Mutant grasshoppers, rampant lust - a tale of teen self discovery that grips like a mating mantis.' Metro Andrew Smith has always wanted to be a writer. After graduating college, he wrote for newspapers and radio stations, but found it wasn't the kind of writing he'd dreamed about doing. Born with an impulse to travel, Smith, the son of an immigrant, bounced around the world and from job to job, before settling down in Southern California. There, he got his first 'real job', as a teacher in an alternative educational program for at-risk teens, married, and moved to a rural mountain location. Smith has now written several award-winning YA novels including Winger, Stick, and Grasshopper Jungle.